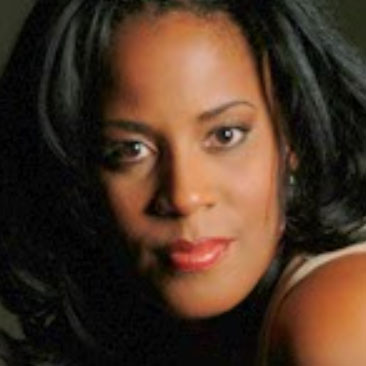 Multi-Emmy winning and multi-Emmy nominated broadcast journalist, Paula Tutman has spent more than 35 years in front of the camera as a broadcast news reporter.

A Peace Corps brat who grew up in Africa, she has spent the last 25 years living in and falling in love with Detroit and her adopted “soul’s home”, the State of Michigan. Paula has vast experience in numerous reporting genres. She spent 8 years as a police reporter in Louisville, Kentucky and Baltimore, Maryland. She can currently be seen daily at 4, on WDIV’s, First-at-4 news broadcast as a specialty correspondent with a focus on interesting and relevant topics with a deep regard for stories that have elements of human interest and social justice.

Paula is also a serial creator-preneur. “I don’t believe we are the sum total of our jobs,” Paula states. “Women are master multi-taskers and I intend to follow every thread my talent takes me for the sheer joy of stretching who I am and what I can create”. Paula teaches a Master Your Message Communication Course© to organizations and corporations. The course is an intensive workshop that teaches an advanced communication model designed to shift office-place communication culture into high gear to team-strengthen in order to work better, sell better, be better and improve productivity and quality service in all areas of business and healthcare. She is also the owner of Zuke-iT, a company that is preparing to launch Paula’s invention—a product that literally supports women.

A self-admitted volunteer-aholic, she has a strong commitment to her community and volunteers for and advises several non-profit organizations. She is the founder and chair emeritus of the 501c3, non-profit charitable organization, Children’s ToothFairy Foundation. She has a deep love for the arts and has been a member of numerous boards that benefit children and the arts.

A published author, her first novel series DEADLINE! won recognition from the International Thriller Writers organization, The Virginia Book Festival and the Hollywood Book Festival. A prolific writer and self-taught screenplay writer, her first project, The Turnaround Girl, caught the attention of Professor Richard Walter, Chair of the UCLA graduate screenwriting program who became her private tutor and mentor. She is currently looking for the “right eyes” in Hollywood to review her 2 full length movie screenplays, 3 episode dramatic television series pilot and un-published thriller novel.

As a farm girl originally from the Chesapeake Bay region, if Mother Nature made it, she enjoys it. Paula has collected adventure points competitive sailing, horseback riding, flying (not riding, flying) an F-16 fighter jet, crashing a motorcycle, performing in an opera, and opening the circus as a clown. She has witnessed the great polar bear migration in the Canadian sub-Arctic and photographed Bushmen in Senegal. An avid flower-freak, she raises orchids which she believes are nature’s most sensuous blooms.

In 2009 she took on her most extreme adventure underneath a crop of overgrown Evergreens at the tidal basin of an Alaskan glacier by getting married for the last time. She splits her time between rural Ontario and Suburban Detroit with her husband, three beautiful and brilliant step-daughters, and a massive, shedding beast of a deeply loved rescue Bull Mastiff.